So, I have successfully lobbied for the right to build a shed. The negotiations with the wife are more or less complete. Let us being to design.

There are a few preconditions. Two of which are quite big

I can however remove that fucking buddleia.

Not being able to remove the apple tree leaves us with a reasonably space. From the center of the apple tree to the back of the fence is around 5.0 meters. this becomes important later on in the design.

I can architect me. Well, not really. Using the terribly named SweetHome 3d Its fairly simple to lay out walls, windows and doors.

Because I want to use Superadobe I’ll need a source of soil to shove in the bags. What better source than the ground immediately underneath the proposed shed?

That however limits the overall footprint of the shed. I can’t go dig too close to the Apple tree as it’ll get killed. That means I’ve got to leave a ~1.25 meter exclusion zone around the root ball.

Another constraint is the thickness of the walls. Superadobe is not a delicate medium. Thin walls mean collapse. We’ll have to account for 400mm of wall thickness.

Another, more worrying constrain is insulation. There is a pervasive myth that superadobe/cobb/mud buildings are well insulated. Reading the canonical source results in a lot of hand wringing about “mixing the soil with pumice”, “rice hull bags” and “papercrete”

The first one, whilst making the bags lighter is expensive, and from what I can calculate does fuck all. Rice hulls might work, but I can’t find the thermal resistivity rating (lambda λ) of rice hulls, plus it sounds like a massive firerisk. Finally papercrete is pulp mixed with mortar. Turns out its a aggressively hydrophilic and prone to rotting. So fuck that.

So, There are number of more common options:

Rockwool has a R value of about 0.045, which means that it has to be quite thick to obtain a U value of 0.25 or less (150mm+) Mineral wool is just the same thing, under a different brandname.

I was lead to believe that Animal wool was meant to be the best insulator. It turns out its about as effective as rockwool. Once again the hippies lack of basic science causes problems. (Seriously, everywhere I turned it was full of “Oh Sheep’s wool is the best insulator evar”)

Polystyrene is flammable as fuck, but it is light and cheap. Slightly better R value than Mineral Wool. However its just too flammable.

However, the take away from all of this: I’m going to need at least 100mm of insulation. That means 500mm thick walls at the very least. 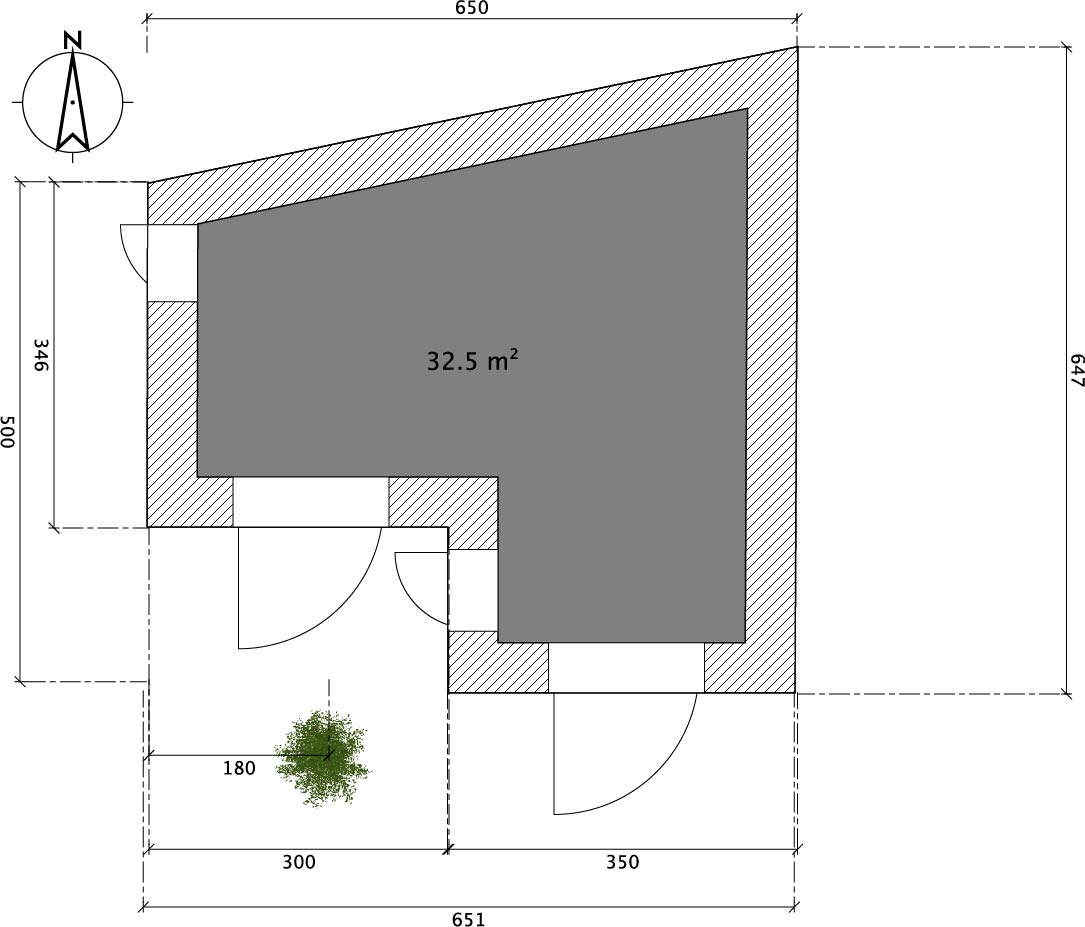 This design give the maximum of space, without encroaching on the rootball of the apple tree. There are however a number of drawbacks:

1: the roof is a funny shape, and requires mega joists to support the span. They’ll either be 6 meters long, or require some clever roof spine.

Too difficult, requires joinery skills that I don’t have yet. Its a big gamble to make a structural beam with shitall experience. 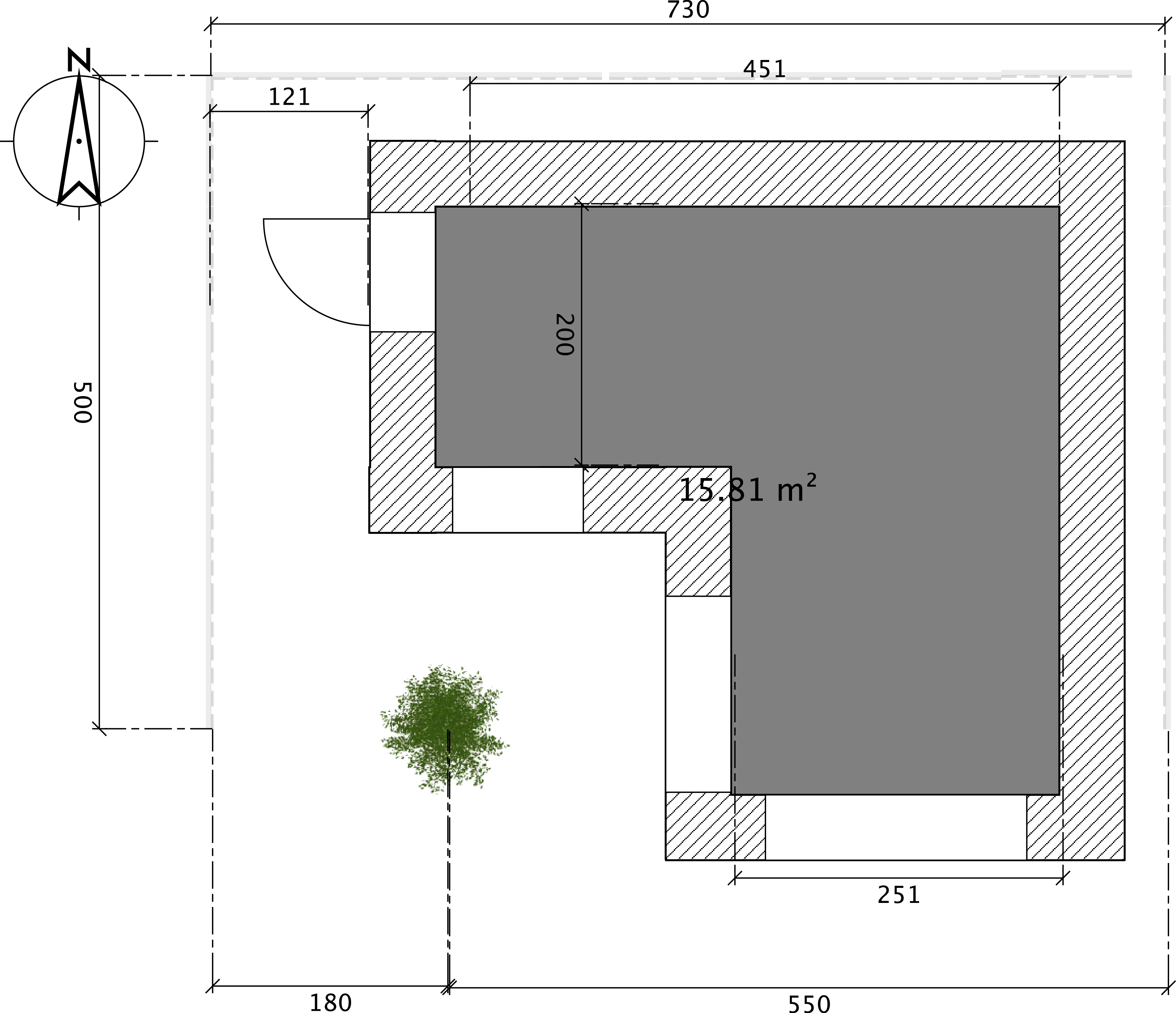 This is a more realistic size. Having re-measured with some better equipment, and having removed most of the weeds, I needed to make some adjustments.

There is a marked reduction in floorspace, But also less of a roof span to cover. Still a bit hard. NEXT

This is much more simple to build, requires less windows, only four walls. The roof is also dirt simple. the biggest unsupported span is only 2.4m! Its also square, so requires much less skill than before.