Making of a shed.

Turns out building the shed is easy.

Building the Yorick is actually quite simple. Yes the instructions are quite terse, but the whole thing is simple. Moving 1.2 tonnes of wood 50 meters however is less simple. Friends to the rescue. 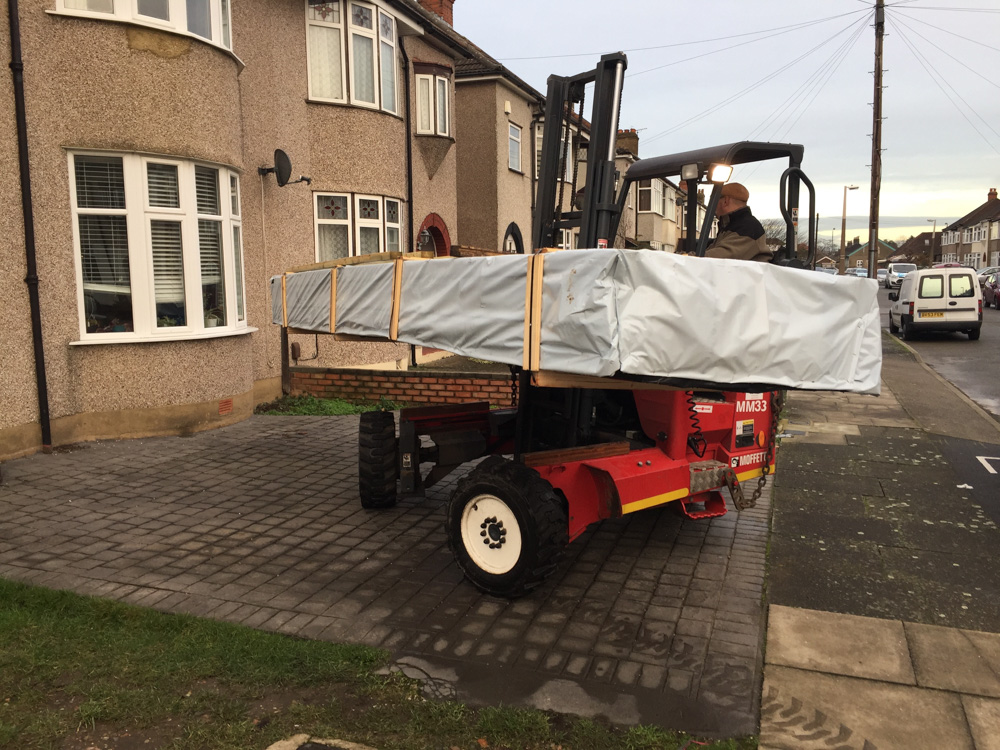 Once all the parts had been moved to the build site, erection was simple. Make sure the foundation timbers were screwed in place, make sure the damp proof layer is all present and correct, begin the build. 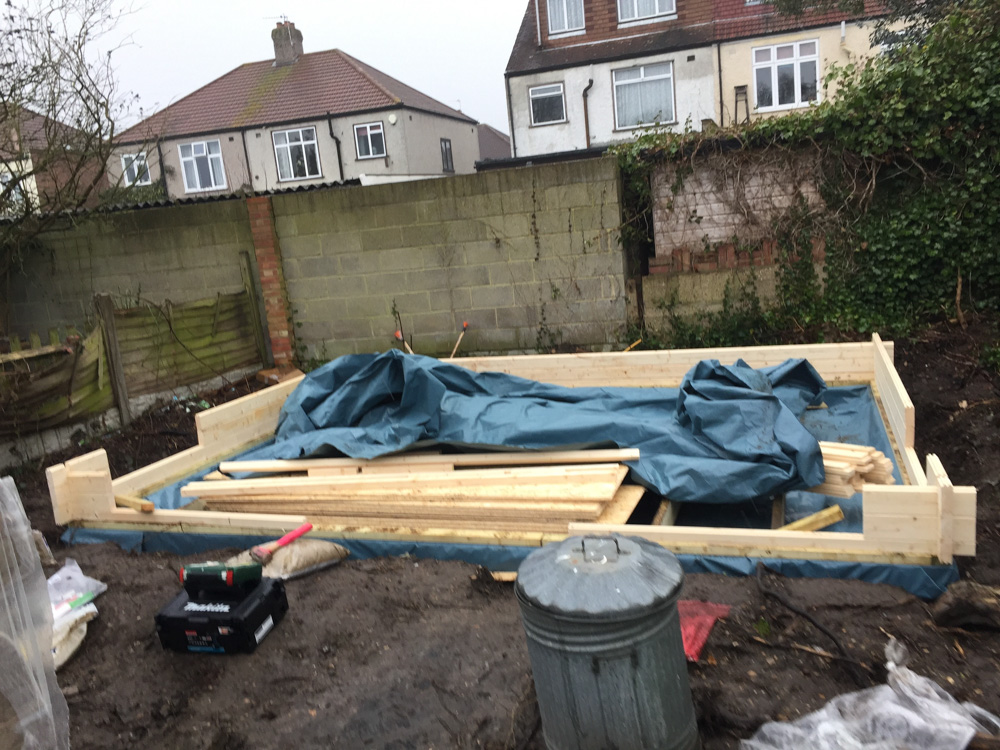 To make sure the wood complies to your direction, you’ll need to procure a rubber/rawhide mallet. You’ll also need a hitting block. 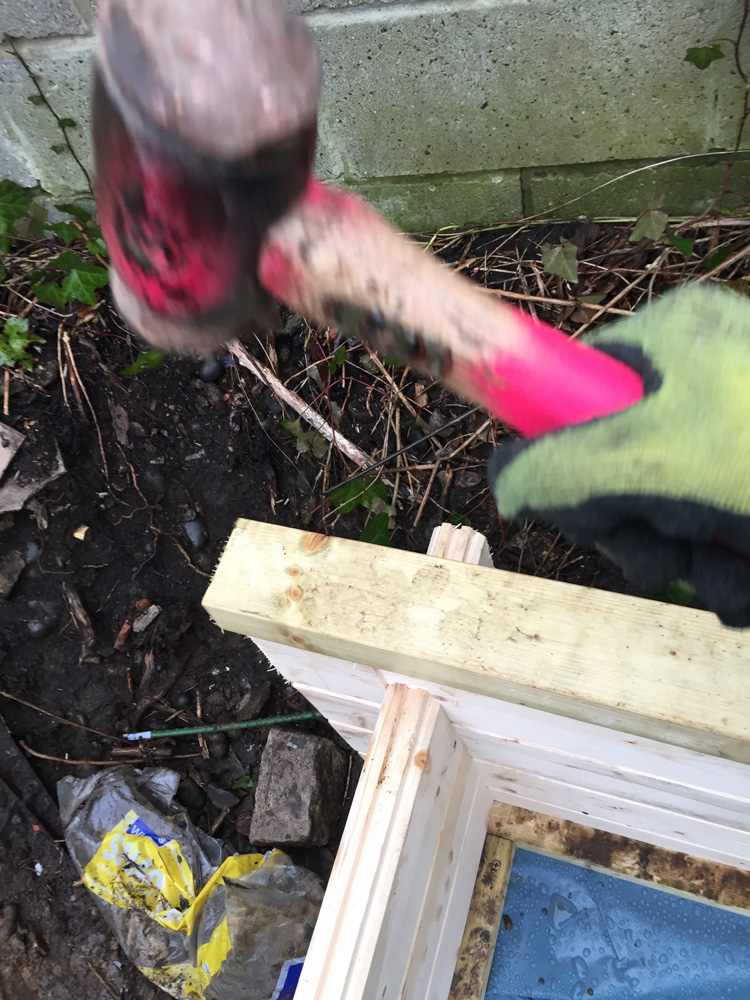 The next hard part is deciding when to put in the glazing. It comes as a standalone block, that slides into the structure. They are heavy, so need support. However, the higher you build the wall, the higher you have to lift the glazing….

In the end we decided to build one side of that wall higher than the other: 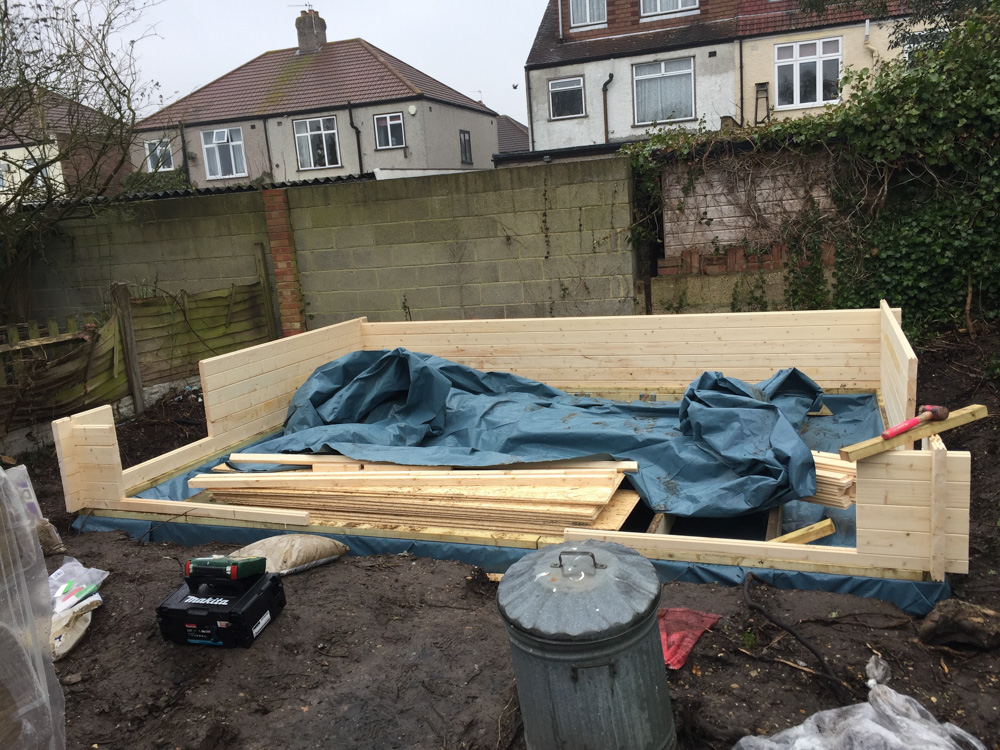 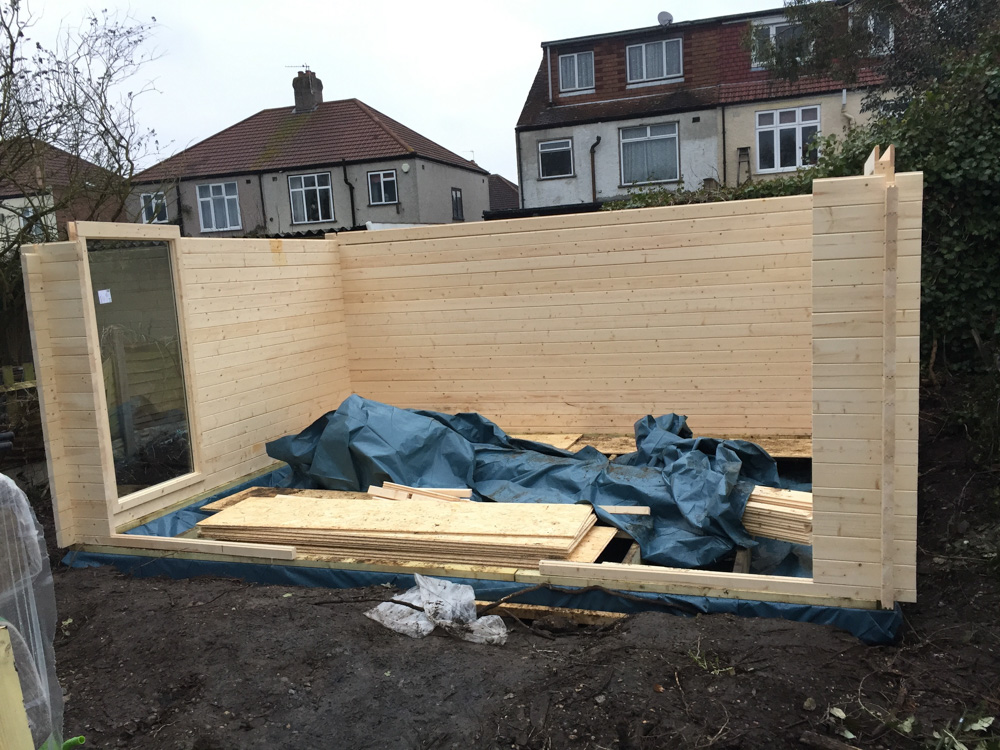 This afforded us stability but without having to lift heavy shit above our shoulders.

Its a balancing act.

Of course what I hadn’t figured out was how hard it is to balance on flooring joists. I had purchased 18mm tongue and groove OSB flooring, but didn’t want to get it wet. This meant walking around like pricks on joists. 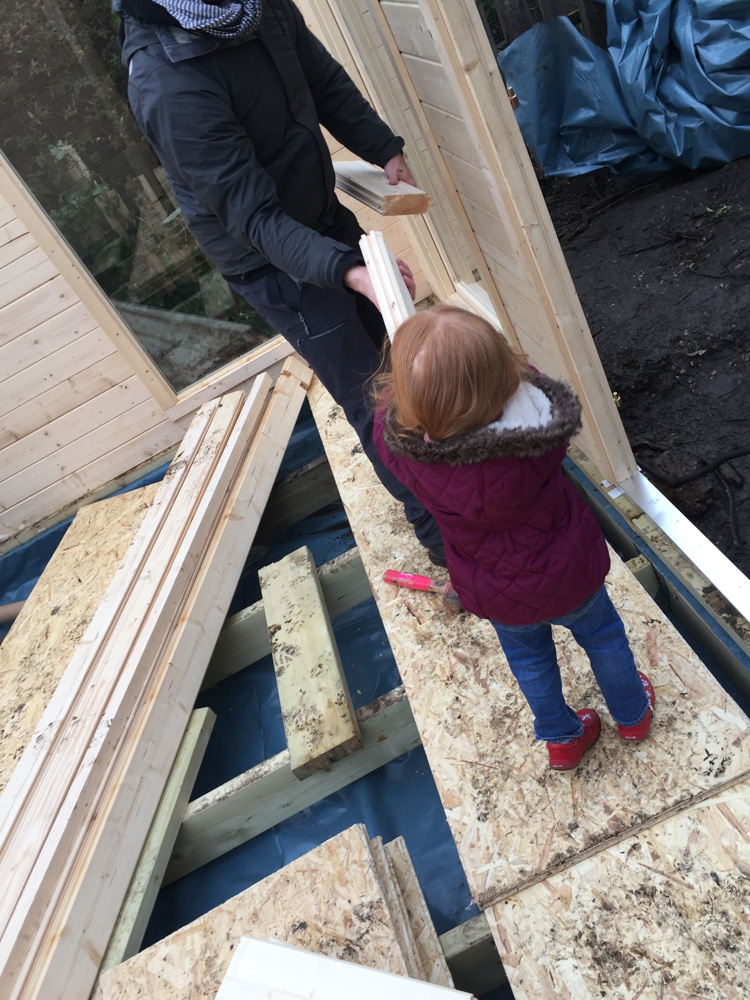 Snow and work stopped play, so I had to wrap everything up for a few days. Of course it snowed and rained like a cunt. This turned the damp proof course into a pond…

The walls are complete

Finally, we’ve build the four walls of the shed. To make sure everything is roughly water tight I used some spare DPM as a tarp. 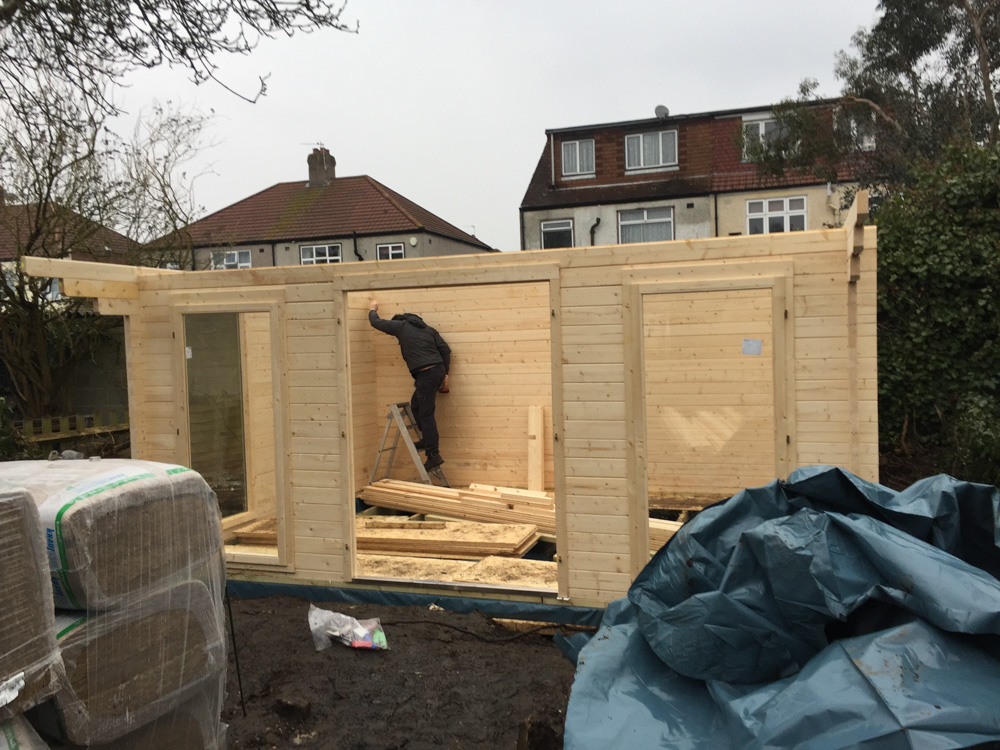 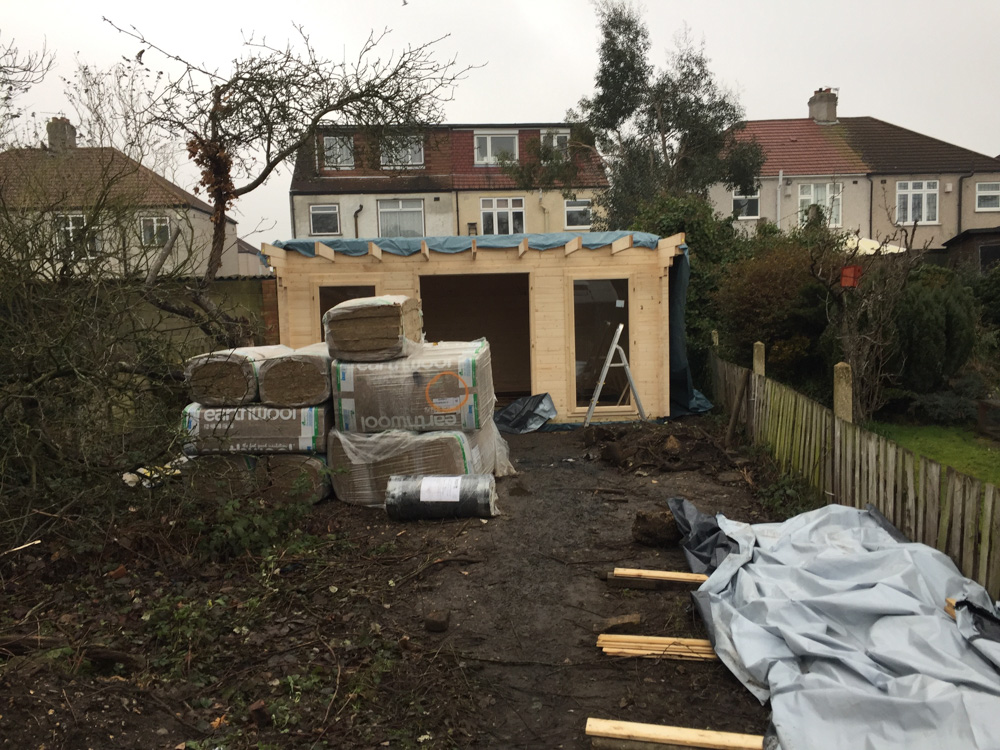 Now its just a question of placing and securing 72 tounge and groove planks. These form the rather solid base to the roof. Each plank is held in place by at least 9 nails. Its a lot of nailing. Now, one could use a nail gun, but it needs to be capable of driving 50mm+ nails. Not cheap. So, I spent a happy day with some ear defenders and a ball hammer nailing the shit out of the roof. 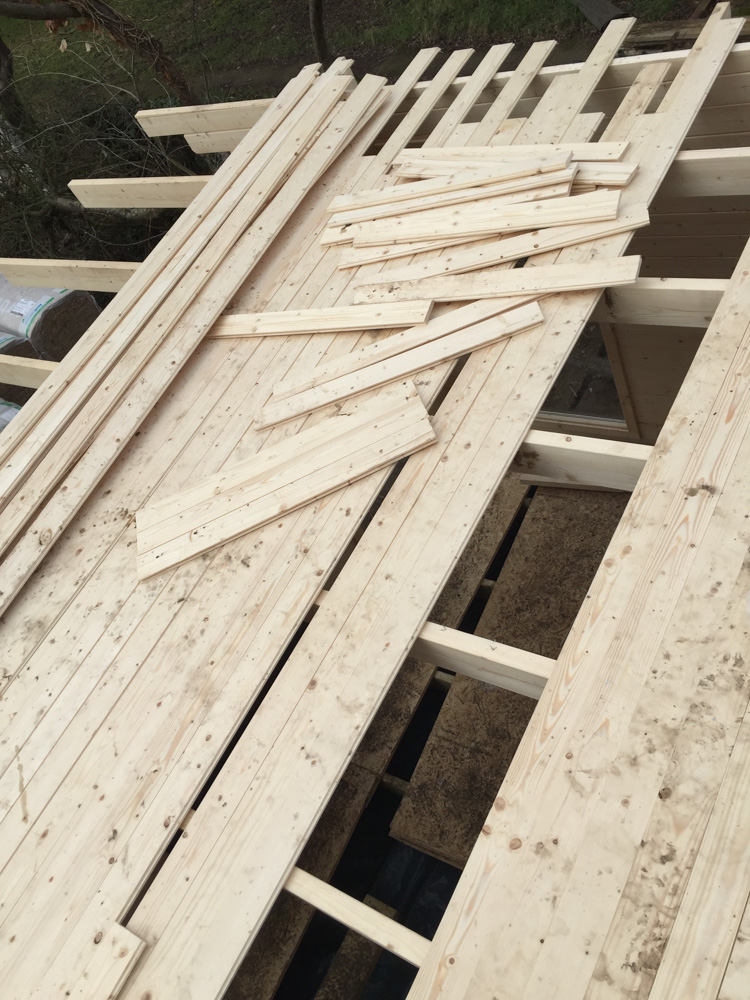 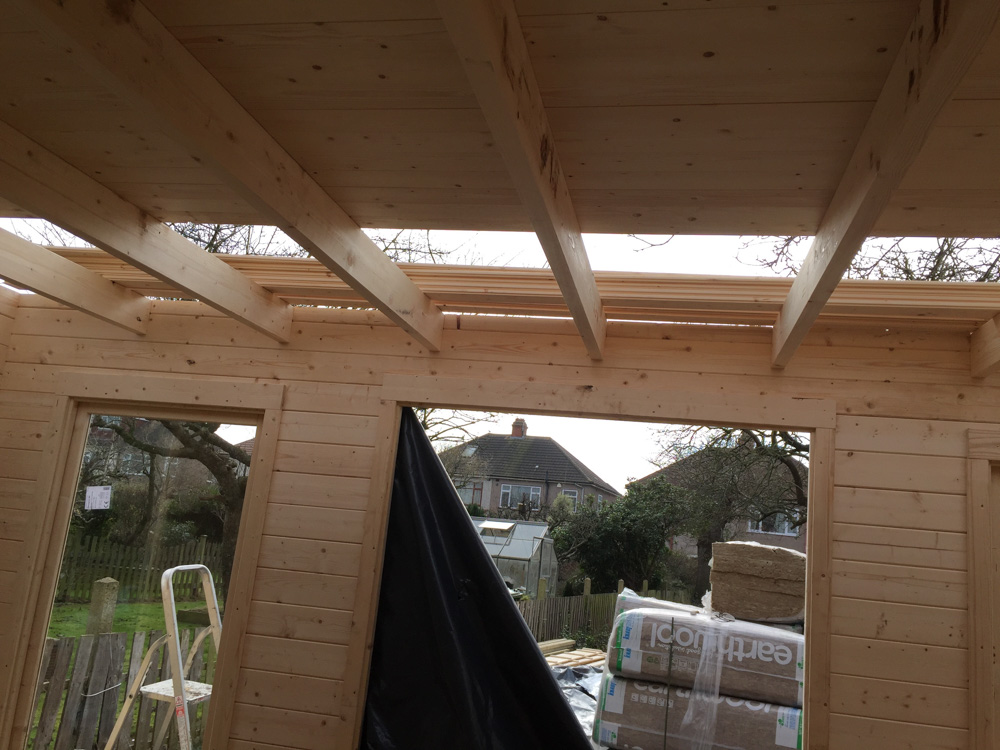 Because its a flat roof, and because mineral felt is shite, I opted for the EDPM option. Basically its thick synthetic rubber that’s supposed to last for 25 years. What I hadn’t appreciated is that thick rubber weighs a lot. 55KG lot. Hauling two thirds of your weight up a ladder is surprisingly difficult. The only practical option was to unroll the 1 meter roll, turn it into single roll the width of the roof and shove it over one should and climb.

Of course rubber is brilliant at gripping onto things, so its not like you can haul it over the side of the roof.

With the roof glued down, the outside of the shed is mostly complete. 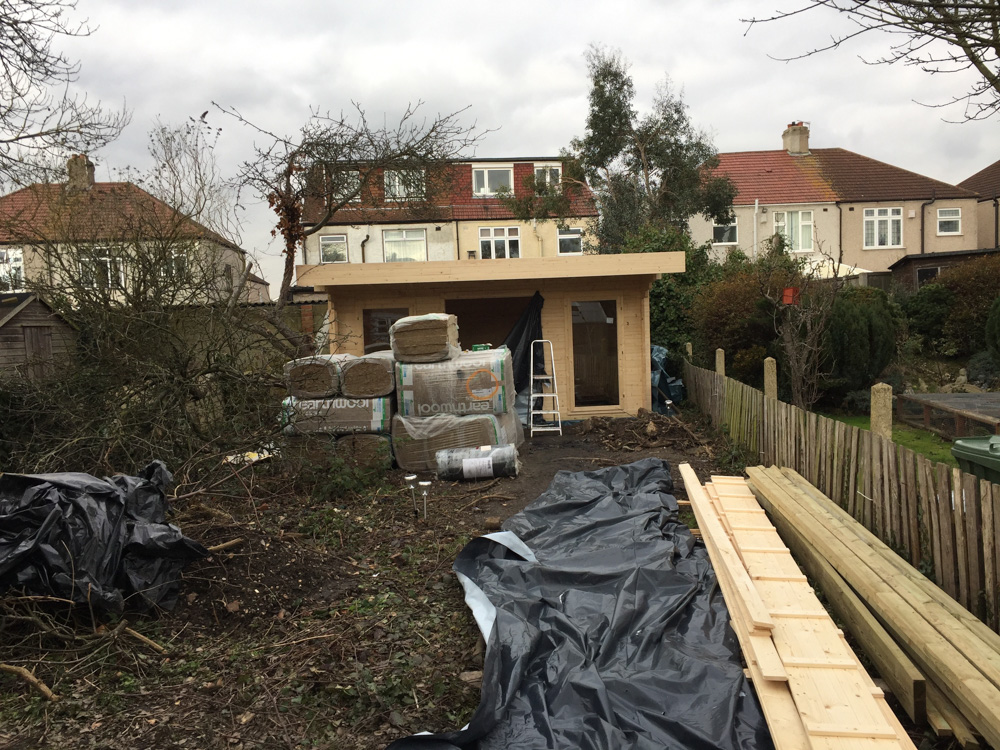